Patrick was one of the founding members of Siphumelele Investments Limited, a black economic empowerment company, established in 1995, with a shareholder base representing in excess of 150 000 previously disadvantaged individuals. His experience as a director includes non-executive positions in fishing, food and financial services. Patrick is a member of the audit committees of PSG Group Limited, PSG Konsult Limited, Quantum Foods Limited 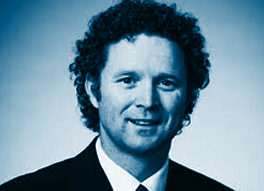 After qualifying as a chartered accountant, Marais was appointed as a manager in the audit and management consulting departments at KPMG. Subsequently, he managed and founded an auditing and corporate advisory firm serving the needs of various major corporations and parastatals. Prior to his appointment to the board of R&E, he served as financial director of Aflease Limited, a JSE listed gold and uranium mining company. Marais was appointed as Financial Director on 27 February 2019.

Hilton was admitted as an attorney of the High Court of South Africa in 1978. He practiced as a commercial attorney from 1979 to 2003 at Mallinick Ress Richman & Closenberg attorneys, specialising in litigation and insolvency and ending his time at the firm as Senior Partner. He has since held various commercial positions, focussing on litigation, mergers and acquisitions and commercial legal matters pertaining to JSE listings. He joined Pan African Group of Companies (a Black Economic Empowerment corporation) for a number of years, providing him with valuable insight into the mining industry. He has also held various roles in consortiums tasked in mergers and acquisitions of listed entities and has co-founded a number of private entities. Hilton was appointed to the Board of R&E as a non-executive director on 15 November 2019. He has subsequently taken up the role as an executive director to the Board. The change in directorship came into effect on 29 January 2020

Sam is a successful business man with over 45 years of experience in the public and private sectors. Along with his late partner, Sam established Jubelie Project Management Proprietary Limited (“Jubelie”) which has grown into a successful development company completing numerous housing projects for municipalities, provincial and national government. Prior to establishing Jubelie, he served as the black economic empowerment partner for the Power group of companies as well as a director of the Small Business Development Corporation (now known as Business Partners).

Mr Fehrsen, a qualified Accountant, has a long business career. After 10 years serving in various positions in the Anglovaal Industries Group of Companies, he joined Plate Glass and Shatterprufe Industries’ where he headed up their South African glass interests for 13 years also serving on the international board. Mr Fehrsen was also part of the listing of a Black Economic Empowered multi-faceted marketing services group, Billboard Holdings, and further spent some time as a private entrepreneur. He joined Ethos Technology Fund in 2002 as a partner, where he spent about 6 years.

Mr Kesler is a qualified Attorney, with degrees in Commerce and Law (Cum Laude) from the University of Cape Town. He has 25 years of experience in global merger and acquisitions, advisory, corporate finance and business development. From 2004 onwards, he has held a senior international executive board position with Atlatsa Resources Corporation, a public company previously listed on the NYSE (AMEX), TSX and JSE. He is a co-founder and principal of the Tomahawk Group, a multi-family office that holds a diversified private equity portfolio, including direct investments in mining and metals, oil and gas, industrials, technology, as well as speciality consumer products.